A favorite singer of mine is Roy Orbison. Roy came into this world on April 23, 1936 in Vernon Texas. On July 23, 1960 Roy made his appearance on Dick Clark’s American Bandstand, performing “uptown” and “Only The Lonely.” Roy performed all over the world with many well-known bands and singing groups. “Pretty Woman” was at the top of the charts for more than three weeks, not only in the US, but all over the world as well! Roy Orbison underwent heart surgery, January 18, 1973 in Nashville, TN.  Roy was inducted into the Rock and Roll Hall of Fame by Bruce Springsteen. He won a Grammy for “Crying” with k.d. lang in 1988. Roy goes on to play what would be his final concert at the Front Row Theater in Highland Height, Ohio on December 4, 1988. On December 6, 1988 Roy Orbison suffers a massive heart attack while spending time with friends and family.  He was pronounced dead at 11:54 p.m. on December 6, 1988.  December 6, 1988 was a SAD, very SAD day for all! His voice will never be forgotten! 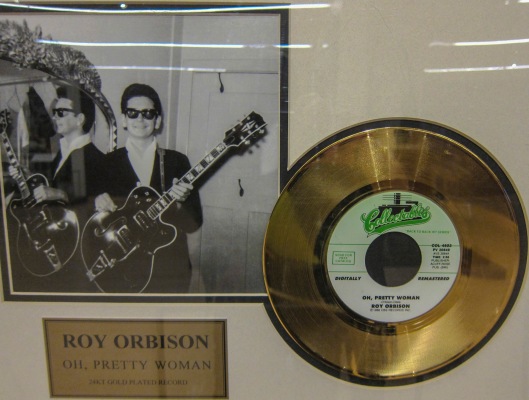